A mortar shell is pictured in a street of the northern Syrian town of Kobani January 28, 2015. Kurdish forces battled Islamic State fighters outside Kobani on Tuesday, a monitoring group said, a day after Kurds said they had taken full control of the northern Syrian town following a four-month battle. Known as Ayn al-Arab in Arabic, the mainly Kurdish town close to the Turkish border has become a focal point in the international fight against Islamic State, an al Qaeda offshoot that has spread across Syria and Iraq. REUTERS/Osman Orsal 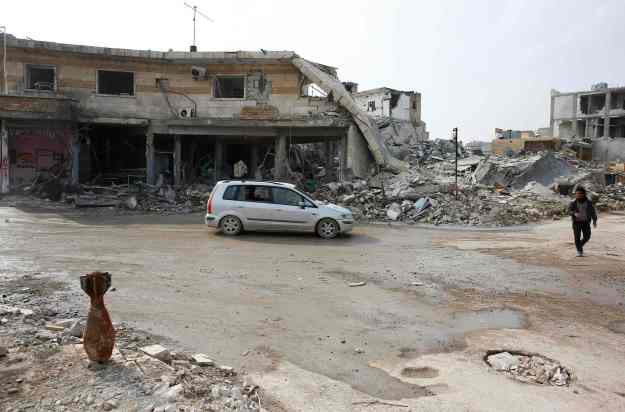